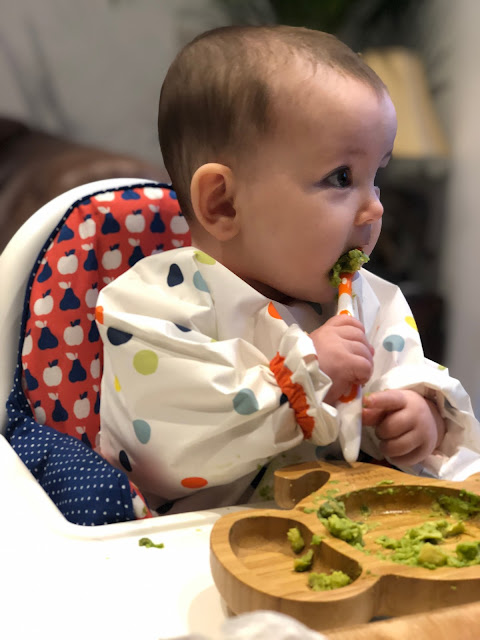 I am making a promise to myself that I am going to get better at writing for the blog! Ottie is currently napping next to me so I'm going to use this little window of me time to tell you all about our first week of Baby Led Weaning!

We have been incredibly lucky to have had a relatively hassle free breast feeding journey so far, Ottie is so good at the boob that she actually refuses point blank to take a bottle (that's a whole other blog post in itself!) so I have been a little apprehensive about starting the introduction of solids in case it sent the breast feeding to pot as I am definitely not ready for that journey to be over yet but I've found the mantra of "food before one is just for fun" has really helped me combat this anxiety. 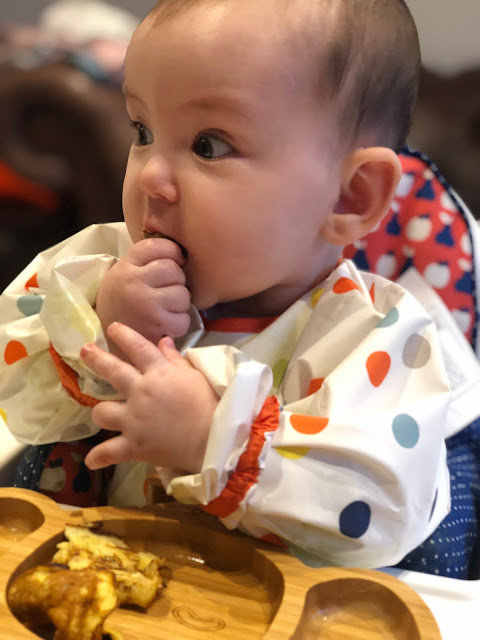 I've done a bit of reading and research around different weaning methods and decided baby led was the best for us. I like the idea of making Ottie's meals from scratch myself so I know exactly what she's eating, with no hidden nasties to worry about. I also am a big fan of the theory behind BLW that it teaches good food habits from a young age, babies learn about different foods and textures from day one as well as learning how to feed themselves and knowing when they are full, rather than being spoon fed until they've finished all of their food regardless of whether they are still hungry or not. There's also a body of research that suggests BLW leads to a lower likelihood of obesity and weight problems throughout childhood and later life. As I have documented on here before, I've always struggled with body image and not had the healthiest of relationships with food at various points in my life and I'd like for Ottie not to have to live through the same problems.

So, as reccomened we waited until she turned 6 months old (HOW IS SHE SIX MONTHS OLD?!) to introduce her to solids. She was definitely ready and if I'm honest had been showing signs of being ready for a good few weeks beforehand, trying to steal food out of mine and Mr H's hands and hoping along whilst watching us eat. 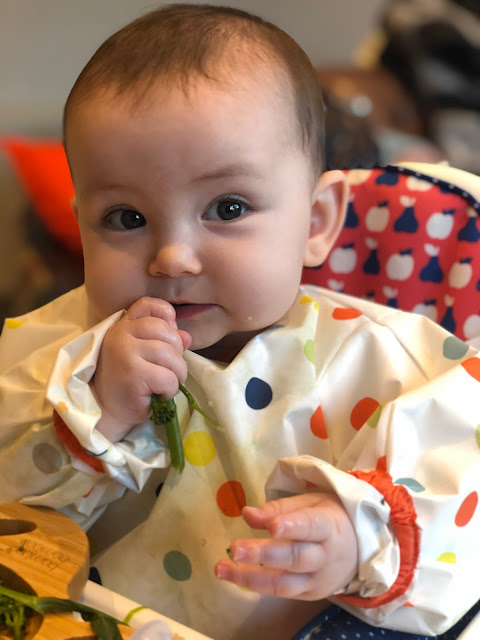 Ottie's six month birthday came around on 25th February which was of course pancake day, so I thought it would be rude of me to make her anything other than banana pancakes for her first taste of real food. They were super easy to make, just one ripe banana mashed up and mixed together with one beaten egg and then placed in the pancake pan with a little bit of coconut oil to make sure they didn't stick. I can honestly say I think she swallowed zero food but she had a great time putting them in her mouth, chewing them up, spitting them out and then throwing them on the floor for a very happy Speccie (he finally realises that her being here is a huge benefit to him!)

After our foray with pancakes, I went back to the more traditional idea of green veg first, I gave Ottie a combination of mushed up avocado on a loaded spoon for her to use herself and slices of avocado to pick up too. She had a great time rubbing it all over her face and hands and again throwing spoonfuls on the floor to a very happy expectant labrador. Again no food swallowed I don't think but a very happy baby learning about new textures and tastes. 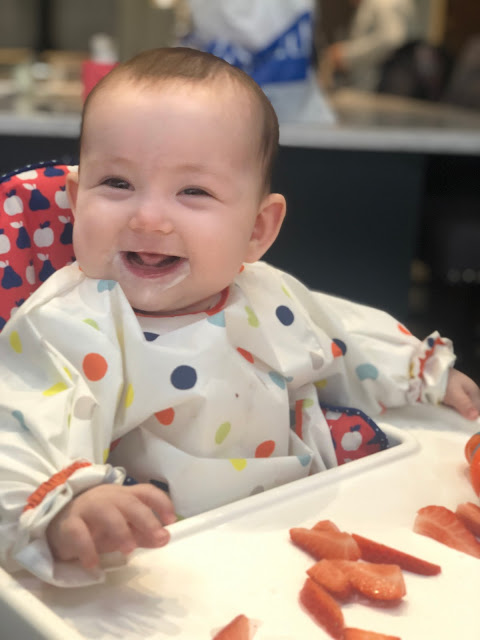 We have also introduced broccoli or "mini trees" which seem to have gone down pretty well as well as carrots, mange tout (with the peas sucked out of them before feeding, just in case), banana and strawberries.

We made some breast milk porridge for her yesterday as we didn't have any blue top milk in the house and it was the most vile thing I have ever smelled, I don't think it tasted great either as my little milk monster ate 2 spoonfuls and refused any more! 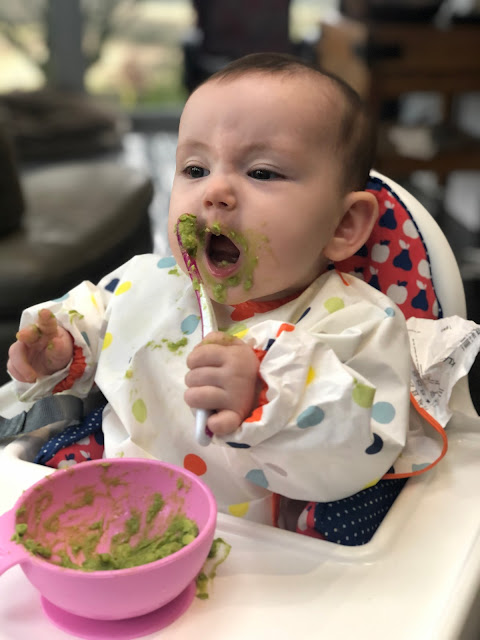 I would say our most successful foods have been 1) bread, she LOVES it (clearly takes after her Mum!) 2) potatoes, she actually swallowed these for certain and couldn't get enough! 3) Meat, we've given her a small strip of both lamb and steak and she went to town on both. I've honestly never seen her so happy!

I am really enjoying introducing her to foods and watching her work out what to do with each new taste and texture. The hardest thing is sitting on your hands and not fussing when their gag reflex kicks in and remembering that red in the face and making noise is gagging and fine, it's only if they go blue and silent that you need to worry they are choking. I'd say if you're a jumpy person or a worrier then this may put you off BLW. 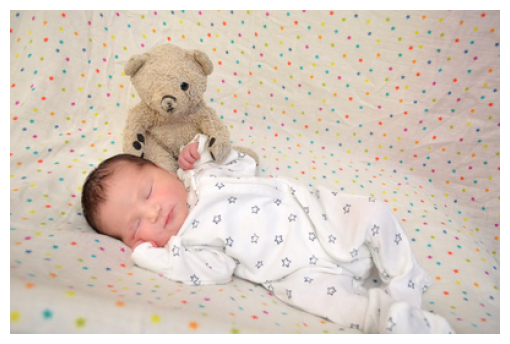